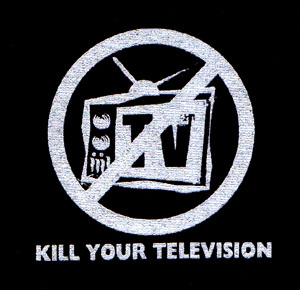 Why write another blog about TV?
For years (around 5, I believe) I’ve been writing a blog entitled Movie Churches which focuses on how clergy and churches have been portrayed in cinema through the decades. Ever since the beginning, people have mentioned TV shows that portray a church and/or clergy, and we’ve had to explain that television was outside the purview of that blog. With today's official launch of TV Churches, we no longer have any excuse for not writing about television shows. But on this first day, we must be clear about the two basic principles that will guide this blog:

1. READING IS ALWAYS BETTER THAN TELEVISION

2. TELEVISION OCCASIONALLY PRODUCES GEMS SUCH AS THE FATHER DOWLING MYSTERIES

I don’t think we need to provide much to back up principle #1, do we? Obviously, smart people read. Dumb people watch television. On one side, there’s Shakespeare, War and Peace, and Jane Austen. On the other, My Mother the Car, The Bachelor, and that HBO show with naked Lena Dunham.

The government supports this view: Newton Minow, Chairman of the Federal Communications Commission, in 1961 said about television, “What you will observe is a vast wasteland.” If the government says so, you know it’s true.

So why, you may ask yourself, is someone like myself, who has a prominently posted “Kill Your Television” bumper sticker on his minivan, starting a blog about television?

The simple answer may surprise you. Every once in a long while, there is something of merit on television, something wholesome that the family can watch together. Something that will absorb them, make them laugh, and maybe, perhaps, learn a little something. Such a treat was produced by NBC in the early 1990’s: The Father Dowling Mysteries. 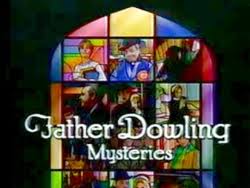 This is a blog about the presentation of the church and clergy on television, and a priest was never enacted with more brilliance than by Tom Bosley as the good Father who also solved mysteries. People who only remember Bosley as the bumbling boss on Charley's Angels, that smutty program from the 1970’s, will be surprised by something all new. And people who think of nuns as rigid penguins will appreciate Tracy Nelson’s portrayal of a nun who is not only cute but also spunky.

And there are lessons are to be learned from the show, such as the importance of being nice and the perils of being mean. And that murder is really bad.

In the months to come, we’ll look at the good, the bad, and so much ugly of television’s portrayal of congregations and clergy. But don’t worry, we will also celebrate something of value -- books. Every month, we’ll examine a book about television (because obviously, as stated earlier, reading is better than watching TV).

So if this new blog accomplishes nothing else, at least while you read these words you're not watching TV. Mission accomplished.
Posted by churchandstates at 7:46 AM